All together now – “It’s beginning to look a lot like Christmas!” Hurrah for December – probably my favourite month of the year – so this has been a good week! 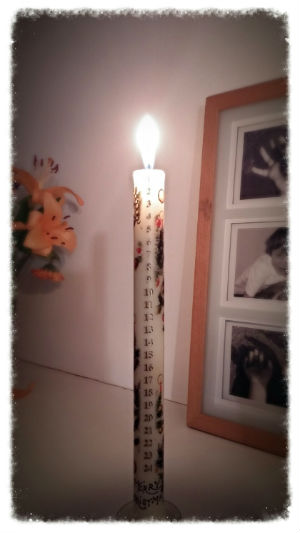 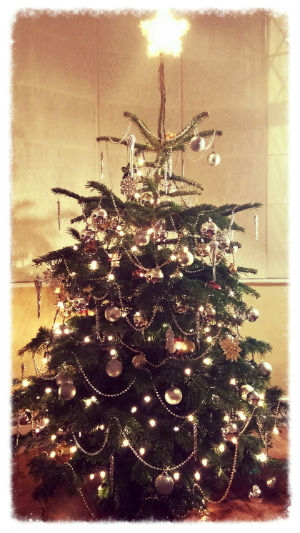 1.One definite highlight of the week happened last Friday, on my way to collect B from school. I had made an arrangement to pop in to visit a lovely lady called Eileen, who was the Brown Owl when I helped at the village Brownie Pack for several years, as well a being a good friend of my parents. I haven’t seen her for over eight years, but I’d spoken to her on the phone the previous week, and she sounded exactly the same, so I was really looking forward to seeing her. However, when I arrived, not only was it lovely to see her, but she had also arranged for the two others who ran the Pack at the same time, Margaret and Linda, to be there too. What a great surprise! And none of them had changed a bit! It honestly made me so happy to spend that time with them, and reminisce and catch up on what they, and their children, are now up to. So much time had passed, but it could have been only yesterday that I had last seen them. What a fabulous start to the weekend!

2. This was followed by collecting B, who was home for three days, as his school had an inset day on Monday, so, as always, it was absolutely lovely to have him back with us.

3. The only downside to the weekend was that G was away from Friday until Sunday afternoon at cadet camp, so we didn’t have the whole weekend as a family, but I was so proud of the fact that G was so keen to go, not really knowing many of the other cadets that well and it being her first camp. She had a fantastic weekend and loved every minute – well, apart from the disco on the Saturday night, of course!

4. D and B went out for the afternoon on Saturday, having a “boys trip”, which gave me the opportunity to have a really long catch-up on the phone with one of my closest friends. It’s always so good to have a proper chat.

5. Sunday was Christmas Tree Day –  despite the fact that it was by far the earliest we have ever put our tree up, but it had to be done, as B is now not home until the end of term. Plus it was the first Sunday of Advent, so most definitely allowed! I love to have a real tree, and decorating it, with the mulled wine flowing and the Christmas music playing, has to be one of the highlights of the festive season.

6. Sunday also saw me and D going to church. I had been looking for a church in which I thought that I would feel comfortable for a little while, and we came across a possibility when we were in Mickleover for Remembrance Sunday, so decided to go to one of the services. It was exactly what I had hoped for – very traditional, so we knew the format of the service and “what to do”, and everyone was really friendly, so we will definitely go back.

7. So December began on Tuesday, so out came the advent candle, which I have had waiting for the past few weeks. A definite sign of Christmas – lovely!

8. We had G’s Parents Evening on Wednesday, which, as usual, was lovely. Even though she always seems to do very well, it is still reassuring to hear directly from all of her teachers that she is working hard and has made a fantastic start to her GCSE courses. A complete star!

9. Similarly, we received B’s school report on Thursday, which was great – with him being away, we don’t get to see his school books, to see teachers’ marks and comments, so it was really helpful to get this update on his progress. It was very positive indeed, especially pleasing to see that he seems to be trying hard in almost every lesson, and with some useful tips and targets to work on.

10. My new car arrived on Thursday, which is very exciting! Although I am really sad to see my old car go, as I absolutely loved it, I’m really happy with my new one – and am currently loving that new car smell!

We have a bit of a mixed weekend ahead, as it is D’s grandma’s funeral today, which will obviously be a poignant occasion, but this is then followed by our work Christmas Party on Saturday night – what a contrast. I hope that you have a good weekend, whatever you are up to.