Due to the fact that we are firmly entrenched in revision season at the moment, the last two or three weeks have been very quiet and uneventful, so there has been little to report. However, there have obviously been some highlights, so here’s a little round up of some of the things that have sparked joy recently.

1. A family trip to watch “Chitty Chitty Bang Bang” in Nottingham a couple of weeks ago. Everyone knows it’s a great, if very surreal, film, so we were intrigued as to how they would carry this off on a stage, but, of course, it was brilliantly done, and the flying car was suitably impressive! The cast was extremely strong – Lee Mead and Carrie Hope Fletcher had the lead roles, so they were obviously fantastic, as were Shaun Williamson and Michelle Collins. It was a “truly scrumptious” afternoon out!

2. The garden is continuing to look beautiful. The bluebells and tulips have now gone, but have been replaced by stunning peonies and bedding plants, which are all adding some very welcome splashes of colour. 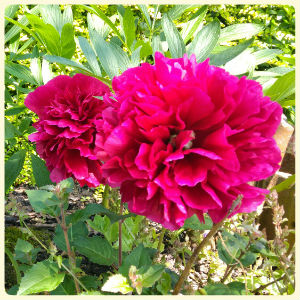 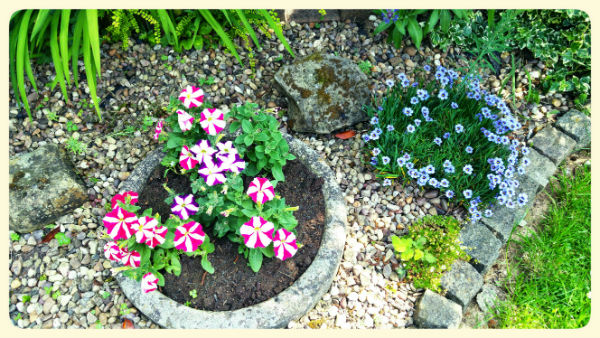 3. Talking of the garden, our herb garden is absolutely flourishing, which we are so happy about. We have so many different kinds of mint (for D’s speciality mojitos!!), plus different thyme plants, oregano, fennel, curry plant, lovage, chives, parsley, rosemary, sage and elephant garlic. I love being able to use our own herbs in cooking and some of them have been flowering recently, so also look so pretty. 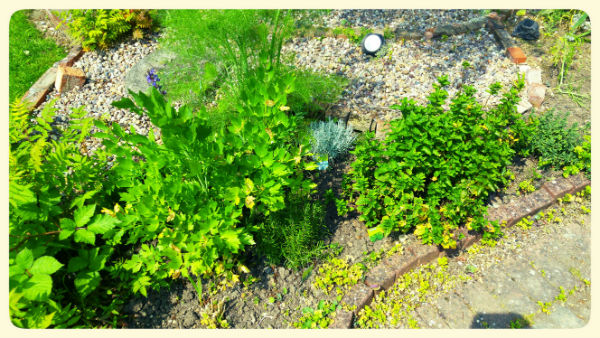 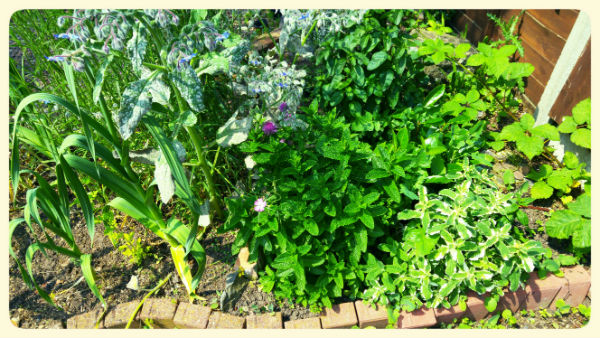 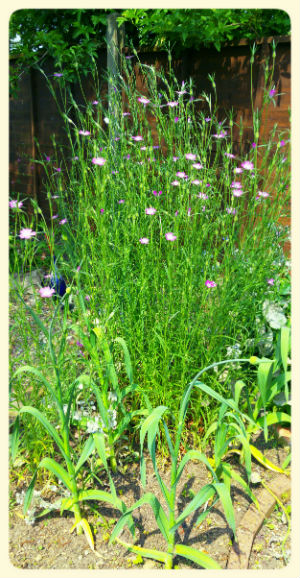 4. One thing that has been wonderful over the past week or so is the weather. It has been so warm (even hot at times!) and sunny, that it has been a joy to spend time outside. The photo below is of our last meal together before B headed back up to Lancaster on Sunday to start his week of exams. Eating outside and early morning walks definitely make me smile! 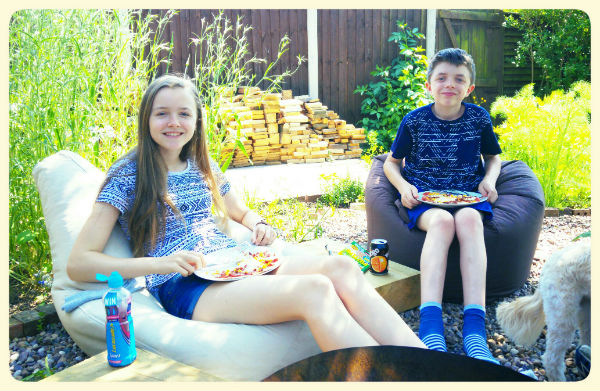 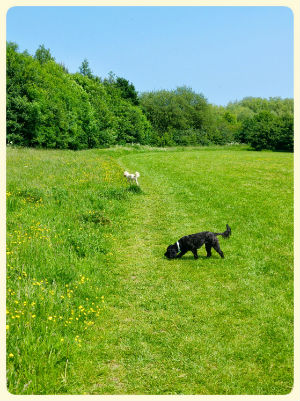 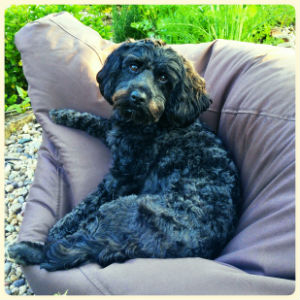 5. I have been to Derby Theatre twice in the past week (have I ever mentioned what a fabulous theatre it is, putting on such a huge and diverse range of productions? – I absolutely love it). The first was with D last Saturday for a Stage and Screen Night performed by Derwent Brass. I’m not sure if it’s down to my northern roots, but I love a good brass performance, and it was such a great night. Their programme was in three sections – a tribute to the production of “Brassed Off” which took place at the theatre last September and was just so, so good, then a swing section, followed by pieces from musical shows and films. It was all brilliant, but special mention should also go to Seren Sandham-Davies, who was in “Brassed Off”, and made three appearances throughout Saturday night’s show, playing the flugelhorn as she did in last year’s show, but also singing two songs. Honestly, her voice was truly amazing.
6. Since receiving the two cookbooks I had requested for my birthday, one by Madeleine Shaw, the other by “The Body Coach” Joe Wicks, we have been trying out so many of the healthy recipes – and absolutely loving them! I like to have a good breakfast to start the day, so have been really enjoying the Lemon and Blueberry Overnight Oats, the Mango and Chia Seed Pudding, the Porridge with Pistachios and Pomegranate Seeds and the Lime and Coconut Porridge with Nut Crunch. For our evening meals, we have had some really delicious meals as well, but the highlight for me was the Cheesy Chorizo Chicken and Spinach – wow – so tasty! We are really enjoying trying out these new recipes which are so delicious, whilst also being very good for you, and are suitable for all the family. 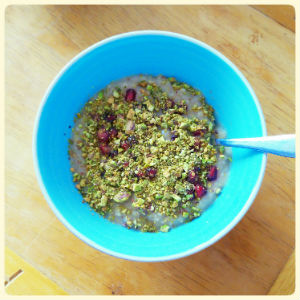 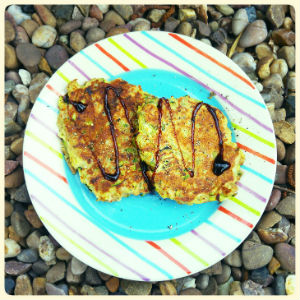 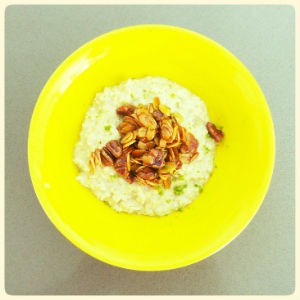 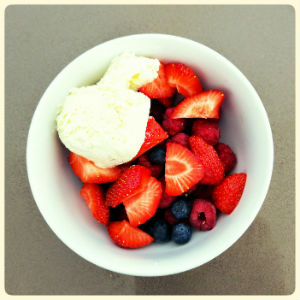 7. To go alongside this, I have been doing lots of workouts at home. Now, I can’t honestly say that I always enjoy them at the time – they don’t particularly make me smile – but I always feel so good for doing them afterwards and I definitely feel fitter. I have been doing a mixture of HIIT workouts, with some exercise ball and arm exercises thrown in for good measure, so hopefully it is all doing me good.
8. Me second Derby Theatre trip of the week was on Tuesday with a great friend to watch “The Mousetrap”. I do think that it is odd that, despite the fact that it has been running for so many decades, I don’t actually know anyone who has seen it, but I would definitely recommend it. This touring production was extremely well performed, and it really does keep you guessing until very near the end. I obviously can’t say anymore, as I am now part of the special “Mousetrap Club”, knowing “whodunit” but being sworn to secrecy by the “murderer” at the end of the play.
9. With the stresses and tensions of revision, exams and D continuing to work crazy hours, our little family has made me very happy this past couple of weeks. I love it when we are all together and we know that we are there for each other, especially when we need a little more support than usual.
10. My last one this week is a little holiday that I booked a couple of weeks ago for me and G for October. She gets two weeks for half term, so we are going away for the first week of it for a lovely girly trip, celebrating her 16th birthday whilst there, and allowing her some downtime before GCSE work really kicks in until the following summer. We are so excited and already on a countdown!
That’s about it for this week. Let’s hope that the beautiful weather continues, then at least we can make the most of being at home and get outside whilst work commitments prevent us doing much else.
Have a great weekend everyone! 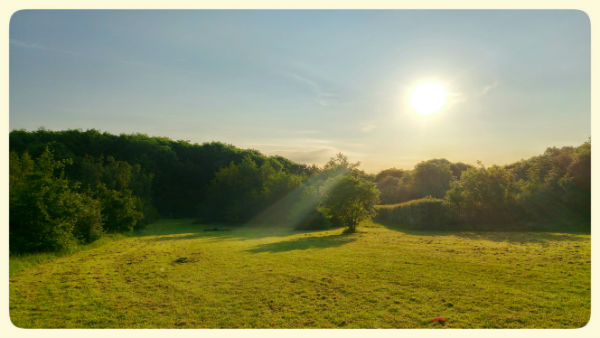