This week has certainly been much better than the last, thank goodness! I hope that you’ve all had a good one. Here are some of the highlights of mine: 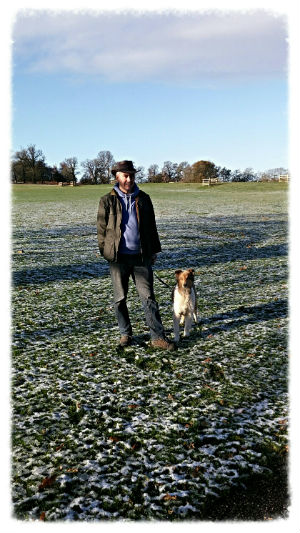 Have a great weekend everyone!

Well, that was another rather wet and windy week! But how warm? I know that I shouldn’t complain, but I am now more than ready for it to turn a bit colder – we are almost halfway through November and have been having temperatures of 16 degrees, which is just not right.

Anyway, enough of the weather, here are the highlights of my week:

1. Number one has to be the John Lewis Christmas advert which came out last Friday. As always, I think it’s lovely, and, although I haven’t seen much TV this week, it definitely feels like Christmas is coming when the adverts start appearing.

2. I made a start on my Christmas shopping last week when I came across some perfect presents, just by chance, for the younger children on my list. They are all just a little bit different, so hopefully they will be well-received – and it feels good to have made a start. 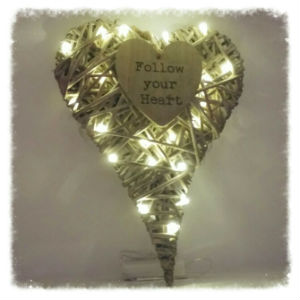 3. I mentioned last week how much G is enjoying army cadets, so we were very proud of her giving up her Saturday last week to sell poppies in a nearby supermarket for seven hours.

4. This was followed by the Remembrance Day parade and service, which was so lovely and very well-attended. I do find Remembrance Sunday very difficult, for personal reasons, so I am always very emotional on the day anyway, but to see G marching with her fellow cadets at the front of the large parade was very poignant and moving, as was the service at the memorial. 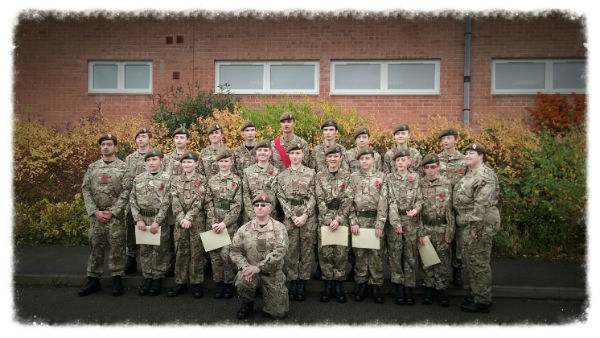 5.G being so tied up with cadets for so much of the weekend meant that D and I had a very quiet, relaxing couple of days, which made a very welcome change from the usual rushing around and busyness.

6. Even though it wasn’t really cold enough to justify it, we lit a fire on Sunday night, which was so lovely – a very cosy evening to watch the final episode of Downton!

7. B eventually made the decision to go on his school trip to Normandy next summer, after being very undecided for weeks. He first said that he would go, then changed his mind when he thought that none of his friends were going, then discovered they were but was then worried about speaking French! But he has made what we think is the right decision, and we’re sure he will have a fantastic time.

8. I had a nice evening on Wednesday, when it was my turn to host book club. I had managed to finish the book the evening before (I just can’t read it too long before we meet otherwise I completely forget everything that I have read – I can really love books and films, but very quickly forget what happens in them!), but our chats about the books are never too lengthy, as we always find plenty of other things to talk about as well, so it was a great evening.

9. You know you’re getting old when you get excited by gardening equipment, so I obviously am, as I was thrilled when my leaf blower arrived this week! To be honest, it wasn’t quite as satisfying to use as I’d hoped, but it still does a pretty good job and is an awful lot more efficient than raking and then picking them up by hand – and I do like a tidy garden!

10. Last but certainly not least is the meal out that D and I had last night. We took advantage of the fact that G was at the theatre with school until late to go to Turtle Bay for a delicious meal, which was a real treat! And the Reggae Rum Punch was very authentic! 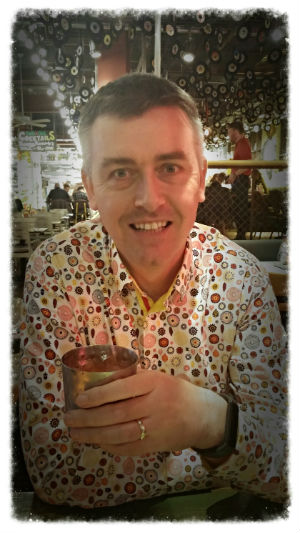 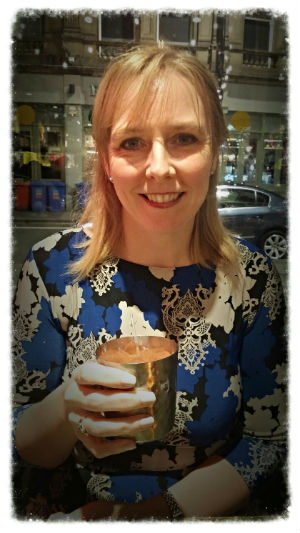 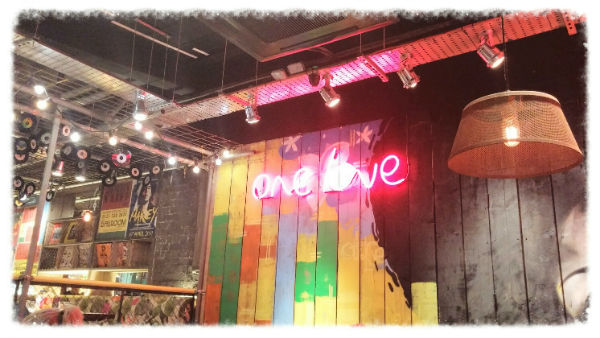 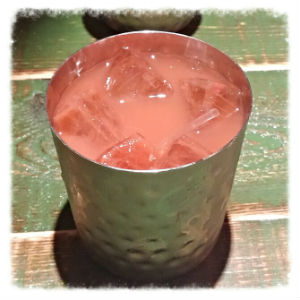 We have a crazily busy day tomorrow, with a trip up to Lancashire to see B (with a very early visit to my parents’ grave en route) for his school speech day, followed by lunch out, then a tour of Lancaster Castle, ending with a cinema trip – hopefully!

I hope that you have a great weekend, whatever you are up to.

Well, we are now firmly in November, and what a foggy, wet start to the month we’ve had. Let’s hope that we see a return to the beautiful autumnal weather we had been experiencing until recently. Anyway, let’s get to this week’s happy things!

1. D and I had a very rare night out last Friday, enjoying a gift we were given last Christmas – an introduction to wine tasting evening! Never having done anything like this before, we didn’t really know what to expect, but we had such a good time. It was a pretty relaxed affair, with a very mixed group of 17 tasters, led by a great expert called Debbie. She was incredibly informative, pitching the level of detail and information at just the right level, and providing a good range of six very different wines, three white and three red, for us to taste (along with a nice selection of bread, cheese and chorizo!). We came away feeling a lot more knowledgeable, at the very least about the differences between old and new world wines. 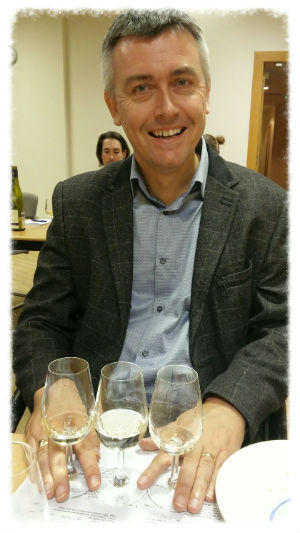 2. As we were out in Derby (and had paid for a taxi!), we decided to make the most of it and head off for another drink somewhere. However, it was Friday night, so most of the places we walked past were very busy and noisy – not really our cup of tea – but we then stumbled upon Quad, where we could see the bar looked pretty calm and quiet, so headed in there. Just inside the door, however, we spied a sign for a cocktail bar on the top floor, so made our way up there. It was a pop-up bar, there for the screening of Spectre, and was run by two lovely guys from the Rested Cocktail Company. This was far more “us” – apart from the barmen, we were the only ones there, so we had a couple of cocktails (gin martini for me!) and a nice, quiet chat – lovely!

3. Saturday turned out to be a beautiful day, weather-wise, so we headed out in the afternoon for a lovely family walk to Calke Abbey. The views around the Abbey and Staunton Harold reservoir are stunning, so it is a lovely place to walk, and was made even more special by the sight of the majestic red deer. It was a truly lovely family afternoon. 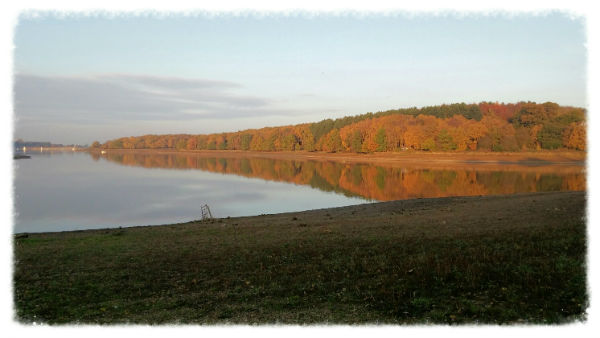 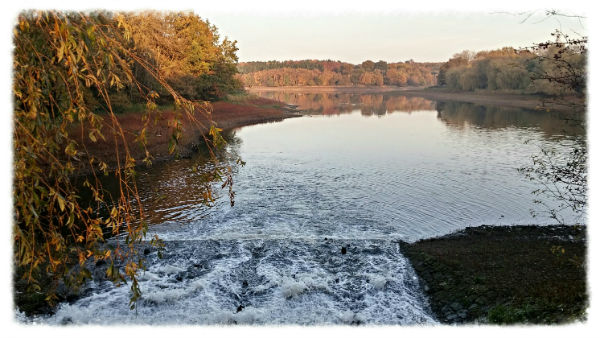 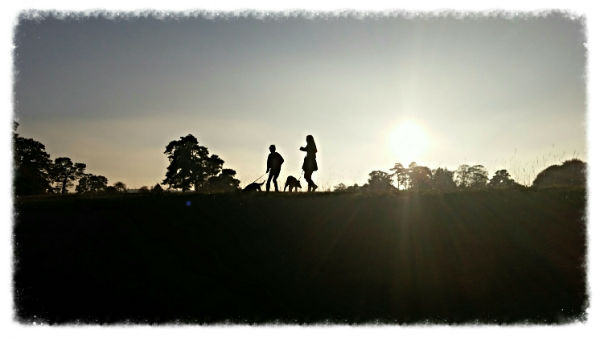 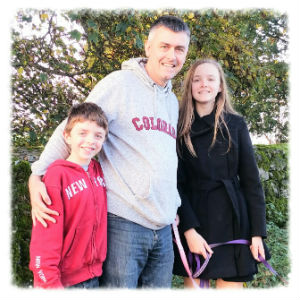 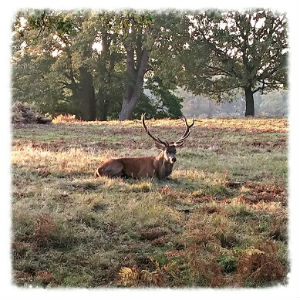 4. One of the other highlights from the weekend was playing games with B. He has always loved playing board games, and it is always such a nice thing to do with him.

5. So- very simple things – one of the highlights of this week is that it is now November! Yay! Of course, that means that it is Christmas NEXT MONTH, which is so exciting!

6. Sunday saw me heading up the M6 in the fog to deliver B back to school, which, in itself, is not a particularly happy thing, but the fact that he was fine about going back made us all very relieved and thankful.

7. So Monday wasn’t so happy when I returned home from work to find out that we’d had an attempted break-in. However, I am truly grateful for both the response of the police (who sent Scenes of Crime out straightaway; an officer visited the next day to look around and talk to the neighbours; I was contacted by Victim Support and then visited by the Crime Prevention Team who put window alarms on all our downstairs windows and offered advice) and by our insurance company, who had someone out to secure the property very quickly and then sent the assessor round just two days later. We feel incredibly lucky that it was no worse and that we have received so much subsequent support.

8. Our treat on Tuesday night was trying a new drink which had been given to us by a colleague at work –  Fentiman and Bloom Gin. One was simple gin and tonic, and the other gin with rose lemonade, which was particularly good. 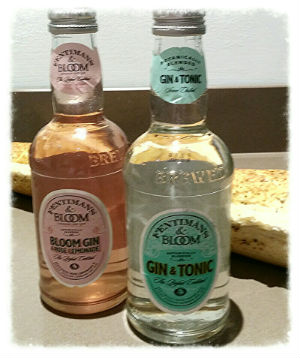 9. Obviously one which happens very regularly, but getting into a bed with freshly laundered sheets and bedding this week – just heaven!

10. The final one for this week is the fact that G is enjoying attending Army Cadets so much. She really looks forward to the two sessions each week, and is particularly  excited now, as her uniform has arrived, which she has been waiting for, so she is looking forward to wearing it to sell poppies on Saturday. 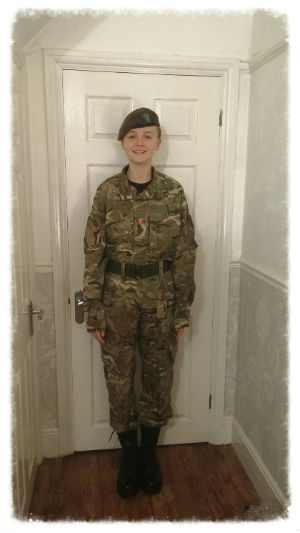 So, that was my week in a nutshell. What has made you happy this week?